BMW i3 – All that you need to know about it

BMW has launched its latest BMW i3. This is a one of the kind car and is considered to be a premium range of electric vehicle that the present generation of drivers wants to drive. This car has been made keeping the urban requirements in mind like low fuel consumption. After a lot of research and study, this car has been made with the best and most suitable of materials. This is the first time in the history of automobiles that a carbon fiber reinforced plastic was used extensively all over the body of the car. The BMW i3 is known to be made with extremely light and steady material that has never been used before.  Also, contrary to common misconception, though this car is actually battery driven in reality there is no extra weight that one can feel while driving the car. Thanks to CRPF this car has become a viable option that can be used on real roads by people. 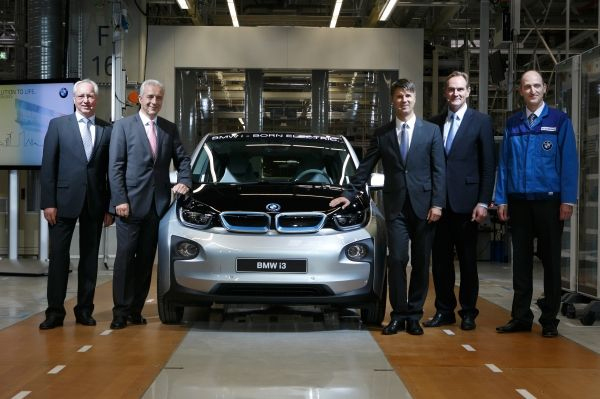 The first BMW i3 electric car is supposed to be launched on the 29th of September as the lead car at the International Berlin Marathon. It has been handed over to Jan Fitschen who is the marathon runner. The BMW i3 will start rolling out models from as early as November 2013 in phases in a few parts of the world. Not only is the eco friendly in the roads but it is also made in an eco friendly manner. The car is made using at least half the energy usually spent and as much as 70% of less water than in other normal scenarios.

The BMW i3 is a pioneer in its own space .  earlier, even if people actually wanted to buy an eco friendly electronic car , they were always dissuaded by none other than the viability of the car that is done away in this case.

We spend more time than ever before in ... END_OF_DOCUMENT_TOKEN_TO_BE_REPLACED

When it comes to speed, style and status, ... END_OF_DOCUMENT_TOKEN_TO_BE_REPLACED

The recent launch of BMW i8 has challenged ... END_OF_DOCUMENT_TOKEN_TO_BE_REPLACED

They may be parked in grounds of museums, ... END_OF_DOCUMENT_TOKEN_TO_BE_REPLACED