BMW is certainly trying to up the competition in the high performance sedan range and now the automaker is focusing on the new BMW M5 sedan that offers superior driving experience compared to any other high performance sedan in its class. The automaker has also come up with the launch of BMW 5 Series Sedan, Touring and Gran Turismo models and with the new Competition Package which is available in option for the buyers. Here we take a quick look at some of the new features that are packed in the new BMW M5 Sedan.
In terms of the exterior there is certainly some redesigning that has changed the way the new BMW M5 sedan appears. The new M kidney grille is the latest thing that BMW has to offer for BMW M5 sedan buyers. 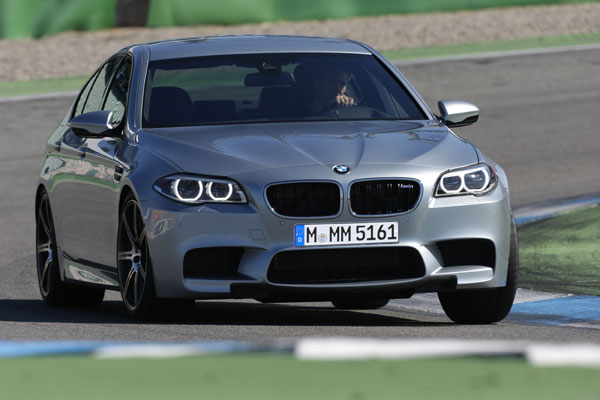 Additionally, BMW has also paid lot of attention to the wheels that now sport double spoke design which is something that BMW will keep to the M Series vehicles. BMW has also decided to introduce xenon headlamps which will be standard on all BMW M Series vehicles. However, car buyers have the option of Adaptive LED headlamps that make this sedan stand out of the competition. BMW M5 sedan also gets new rear tail lights that come with strikingly thin LED lights that generate high contrast especially during night time. The new BMW M5 sedan will be available in new exterior colors like Pure Metallic Silver, Pyrite Brown Metallic, and Frozen Blue Metallic. 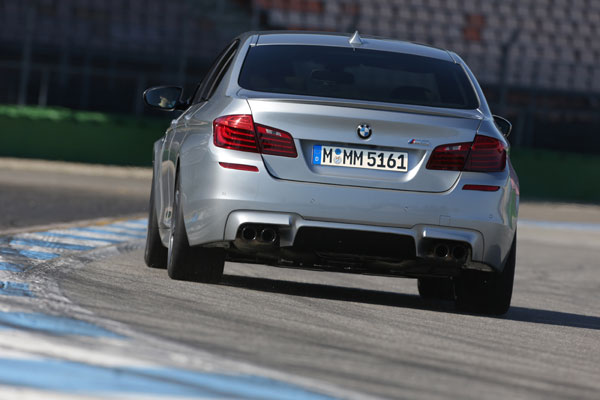 Under the hood, the new BMW M5 sedan is powered by 4.4 liter V8 engine with M TwinPower Turbo technology that allows the engine to pump out 560 horsepower. The engine is mated with seven speed M dual clutch transmission. The car also gets the new Active M Differential at the rear axle for better performance and tuning. BMW claims that users that want superior performance from the vehicle can still go for Competition Package that taps in more power and performance. 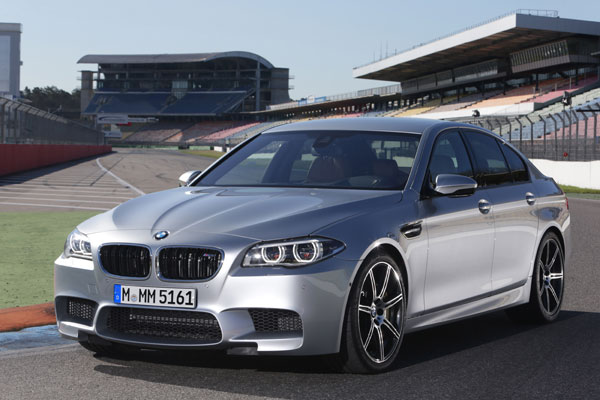 Inside the cabin, BMW M5 sedan still offers the luxurious feel that most of the BMW cars offer. The steering wheel comes with leather steering wheel. The storage compartment has lot of space compared to the earlier M Series vehicles. The Control Display now features chrome trim. The sedan is also equipped with BMW ConnectedDrive technology that offers better security, connectivity and safety features to the driver. The sedan also incorporates Driving Assistant feature that combines Lane Departure Warning and Collision Warning system into single option.

We spend more time than ever before in ... END_OF_DOCUMENT_TOKEN_TO_BE_REPLACED

When it comes to speed, style and status, ... END_OF_DOCUMENT_TOKEN_TO_BE_REPLACED

The recent launch of BMW i8 has challenged ... END_OF_DOCUMENT_TOKEN_TO_BE_REPLACED

They may be parked in grounds of museums, ... END_OF_DOCUMENT_TOKEN_TO_BE_REPLACED