They say that in the end, love always finds a way. What happened today was a perfect example of that, as a Detroit man was reunited with his car after 3 whole decades.

George Talley, 71, says he fell in love with Chevrolet’s signature sports car, the Corvette after seeing a Vette in his neighbor’s yard, so he bought one for himself. Things weren’t all good for this Detroit resident, as his 1979 Corvette was stolen from a parked location near Jefferson Avenue just two years after it was purchased. Since then, he bought three other corvettes to replace the void, but says none of them felt the same as his favorite ’79. 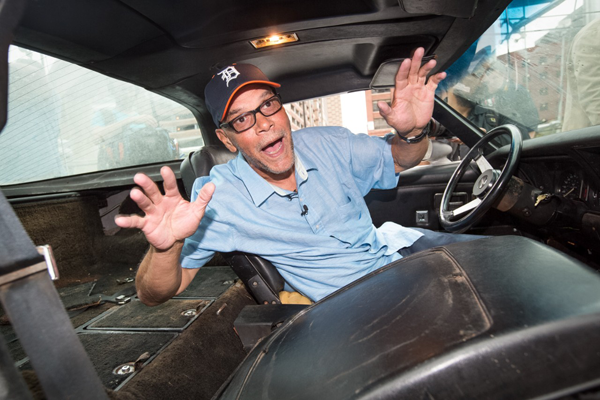 Lucky for him, the AAA called him up on June 13 to inform him of the recovery of his Vette. With around 47000 miles on the clock, the Vette was still in running condition. However, retrieving his car from Hattiesburg, MS (where it was found) was quite a challenge. In came GM Motors to the rescue, when Mark Reuss, the executive VP for GM Product Development and a longtime Corvette owner, got taken back by his story and made arrangements to have the Corvette shipped to him for free. The car was returned in the same condition as found but needed restoration on some parts.

He struck even more luck when an unnamed party decided to pay for the restoration costs of the recovered car. The car will be back from repair after a month or so and Talley will be cruising his ’79 Vette to Belle Isle.

It is true what they say; love does find a way, even if it’s 33 years later at General Motor’s Headquarters. The recovered Corvette is now under restoration process.

We spend more time than ever before in ... END_OF_DOCUMENT_TOKEN_TO_BE_REPLACED

When it comes to speed, style and status, ... END_OF_DOCUMENT_TOKEN_TO_BE_REPLACED

The recent launch of BMW i8 has challenged ... END_OF_DOCUMENT_TOKEN_TO_BE_REPLACED

They may be parked in grounds of museums, ... END_OF_DOCUMENT_TOKEN_TO_BE_REPLACED