The Best Car Commercials of the Past Twenty Years

Since their development in the dawn of the last century, cars have been a staple in American culture. Over the years, our undeniable love of automobiles has transcended the hobbies of driving and tinkering, to televised sporting events, even the realm of video games and movies. In recent years, especially, the auto industry has approached their advertising campaigns with a stunning sense of well-defined creativity and cleverness. Audiences today, of all ages and backgrounds, are still captivated by a well-executed car commercial—and rightfully so! Here are six of the most memorable car commercials to grace recent memory. 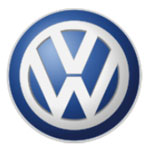 Since the 1950s, Volkswagen’s ad campaigns (like “Think Small” and “Lemon”) have been taking American audiences by storm. Volkswagen’s 2011 Super Bowl ad, “The Force,” was really no different. The pre-released “Star Wars”-themed spot went viral hours before the game started, receiving nearly 13 million views and over 10,000 comments on YouTube. The 60-second commercial is set to the “Star Wars” theme song and includes absolutely no lines. The star of the spot is noneother than a young boy dressed as the infamous villain Darth Vader who won the hearts of young and old audiences alike.

In 2010, Ford released their first 2011 Ford Fiesta Commercial. At the push of the Fiesta’s start button (a new feature which doesn’t require the driver to use their keys) audiences expect to hear the roar of the engine, but instead the song “Janglin’” by Edward Sharpe and the Magnetic Zeroes begins, as played by an on-screen band. The scene becomes a flurry of perfectly timed passersby and banners that celebrate the Ford Fiesta and its features. “It’s kind of a big deal.” 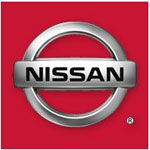 Last year, Nissan launched an ad campaign that posed the question, “What if everything ran on gas?” From hairdryers to microwaves, computers to printers, even to dentistry equipment, audiences get a taste of a cleverly conceived, loud and smog-ridden world in which all of our day-to-day appliances and electronics are powered by gas. By the time the Nissan Leaf is unveiled, the electric car, which requires no gas to run, it seems to strike audiences as a rather ingenious innovation. 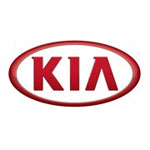 Anyone who is skeptical that hamsters can sell cars should now be convinced: the ad campaign for the Kia Soul, starring hip, music-loving hamsters, is being launched into its third campaign. Perhaps the most popular ad of the series featured the rodents dancing to “Party Rock Anthem” by pop group LMFAO; it was the first time an automaker had ever used a recent number one song in a commercial. The commercial stood out for its memorability among audiences, especially the Kia Soul tagline, “A New Way to Roll.” 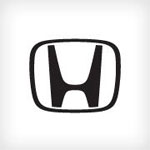 In 2003, Honda became responsible for one of the most groundbreaking and influential commercials of the new millennium. The ad for the Honda Accord began with a single cog that set off a chain reaction of car parts, eventually leading to the car itself. What’s most amazing about the sequence, though, is that it involved no digital effects. Instead, actual Honda Accord parts were used and everything seen in the spot really happened. The commercial required months of production and design work before shooting. It took a total of 606 takes to complete the commercial.

Another Super Bowl commercial release: Audi’s “Godfather” spot from 2008. The German automaker paid a hefty licensing fee (ranging somewhere between $500,000 and $1.5 million) to Paramount Pictures make to reference the classic mafia drama, “The Godfather.” With a clever parody of the film’s notorious dead horse scene, Audi sent the message to audiences that the R8 supercar had arrived, leaving dead (get the pun) in its wake any old or outdated notions of luxury.

So no matter what the purpose of the ad, be it for a big-name car manufacturer, auto parts store or whatever else, automobile-related car commercials have earned their place in the greater American advertising landscape.

About the Author: Bethany Kutchka is a part-time blogger with an extensive background in the advertising industry. She also shares a love of cars with her husband; they use the Partsgeek online store for their personal repairs.

We spend more time than ever before in ... END_OF_DOCUMENT_TOKEN_TO_BE_REPLACED

When it comes to speed, style and status, ... END_OF_DOCUMENT_TOKEN_TO_BE_REPLACED

The recent launch of BMW i8 has challenged ... END_OF_DOCUMENT_TOKEN_TO_BE_REPLACED

They may be parked in grounds of museums, ... END_OF_DOCUMENT_TOKEN_TO_BE_REPLACED