The Future of Boost

A popular method that uses forced air induction to momentarily increase the horsepower of an internal combustion engine is turbocharging.  This technique has been around a long time and uses the velocity of an engine’s exhaust gas to drive the turbo.  Several manufacturers have recently announced that they are working on electrically-powered turbos, however.  Before we explain why this is such an interesting advance, let’s take a quick look at exactly how turbocharging works.

Engineers know that the speed and power of an internal combustion engine is limited by a number of factors.  One of them the rate and pressure that fresh air can be drawn into the combustion chambers.  Standard engines “pull” outside air into their combustion chambers by means of pistons sliding down and sucking the air in.  When higher power is desired, one way of achieving it is to “push” in more air instead of pulling it, however.  And that’s exactly what turbochargers do. 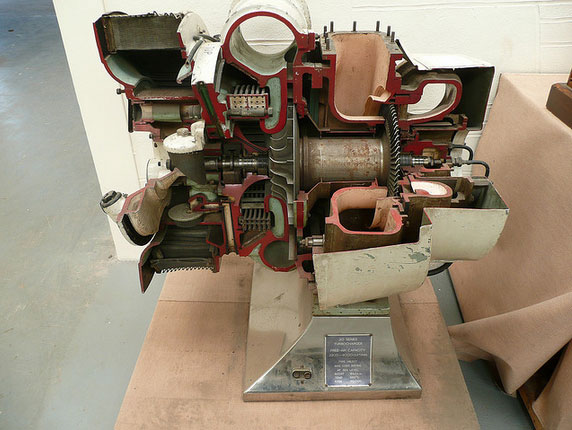 A turbocharger is basically two fans connected together.  On one end, it has a fan that is located in the exhaust manifold.  When the engine is running, hot exhaust gases hit the fan blades and makes the unit spin very rapidly.  On the other end is fan that sucks in the outside air and drives it down into the cylinders hence the term “forced induction”.

Several automobile manufacturers are working on electrically-powered turbochargers.  Some journalists have referred to this as an e-turbo and it will be very interesting to see how well it works.  The inherent advantage of an electrically-driven turbocharger is that it should have very little turbo lag.  The engineers at Audi say the duration before boost is some .25 secs with their prototype.  Astute readers will note that the best definition of this forced induction device might technically be an “e-supercharger” because no exhaust gases are involved but whatever way the industry goes electrically-driven forced induction is likely to catch on quickly. We suspect you will be seeing a lot of press soon concerning “e-Turbos”.

We spend more time than ever before in ... END_OF_DOCUMENT_TOKEN_TO_BE_REPLACED

When it comes to speed, style and status, ... END_OF_DOCUMENT_TOKEN_TO_BE_REPLACED

The recent launch of BMW i8 has challenged ... END_OF_DOCUMENT_TOKEN_TO_BE_REPLACED

They may be parked in grounds of museums, ... END_OF_DOCUMENT_TOKEN_TO_BE_REPLACED