Uncovering the Myth behind Hybrid Technology

No longer seen by some as an eccentric choice, Lexus hybrid cars are becoming increasingly common on UK roads, and with good reason. A fully hybrid car employs a silent electric motor for lower speeds, meaning that no carbon dioxide or pollutants are produced. When higher speeds are demanded, a petrol or diesel engine takes over. This offers the performance you would expect when travelling faster. 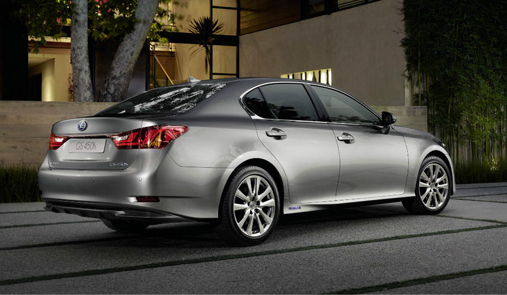 There are three main types of hybrid car technology. A fully hybrid car relies on both electric and combustion motors to power it. A micro hybrid vehicle employs a conventional engine to power it, but switches to electric whilst idling. A mild hybrid uses an electric motor whilst accelerating, supplementing the power required from the combustion engine.

Why should I consider purchasing a hybrid car?

The idea of having to plug your car into a socket for several hours in order to travel 25 miles down the road is probably offered as the most common reason why purchasing a hybrid car isn’t particularly appealing. Lexus UK were the first to develop the luxury hybrid car in 2004. Since then the manufacturer has been producing vehicles which include the comfort and performance you would expect from a Lexus, while also incorporating the appealing aspects of hybrid technology.

The power that the electric motor runs on is captured from energy recovered from the action of your car braking, meaning that you don’t ever need to plug your car in to anything. It just quietly does its own thing. As if that wasn’t impressive enough, all the plastics used on the new models are infinitely recyclable as well.

Performance is another aspect which is often described as being second rate in hybrid cars compared to their contemporaries. However, this particular theory is another which is definitely outdated in the modern world. You can expect sharp acceleration from modern hybrids, without a rise in running costs at all. There are many different reasons for choosing a hybrid car, each as valid as the next. Fuel costs are increasing every year and look unlikely to be reduced significantly in the near future.

The air quality of many city centres is blamed on the petrol-guzzling 4x4s that are so popular in modern Britain. Considering that luxury, convenience and performance no longer need to be compromised, a hybrid car has to be worthy of consideration in the modern day.

We spend more time than ever before in ... END_OF_DOCUMENT_TOKEN_TO_BE_REPLACED

When it comes to speed, style and status, ... END_OF_DOCUMENT_TOKEN_TO_BE_REPLACED

The recent launch of BMW i8 has challenged ... END_OF_DOCUMENT_TOKEN_TO_BE_REPLACED

They may be parked in grounds of museums, ... END_OF_DOCUMENT_TOKEN_TO_BE_REPLACED