Many muscle car enthusiasts have grown to appreciate or love the Charger from its earlier years, and even now with its new aggressive and contemporary design. But would they still love the Dodge Charger in an apocalyptic future?

A new science fiction television series which has just aired on Syfy network called Defiance has taken the liberty to work with Dodge to give the Charger a new stylish appearance. The co-branding efforts from the automaker and producers of the show and online video game have gone ahead and made the Charger into a rugged mutant killing machine. It resembles some fashion of the Mad Max vehicles from the 1980’s films. The television series sports not just the Dodge Charger but also Dodge all-terrain vehicles, and the Dodge brand is made heavily available in the online video game with the same name, Defiance.

Even though in the television show the Charger will not be powered by the modern Hemi, but with something a bit more powerful, unique and fictional. Something like a petroshop supercharged-hybrid powertrain. The larges change made to the Charger to suit this show wasn’t the engine, but the design. They added in a rustic sheet metal as armor that covered the vehicle, rusty, old, heavy and it is meant to help the driver and passengers from any onslaught from alien, enemy forces in the dangerous science fiction post apocalyptic world.

Now if you were to go to your local Dodge dealer, like Arrigo Ft Pierce, it is highly unlikely that you will even see this model, it is a custom make for the show alone, and made solely to help promote the Dodge brand, and its products. 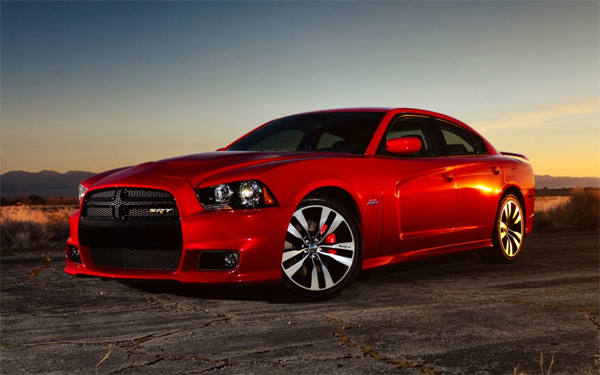 This futuristic Dodge Charger is driven by the very confident and sometimes arrogant Jeb Nolen, who in the show is the town of Defiance’s Lawkeeper, or better put active sheriff. At first he is potrayed as a cocky and neutral character, with no agenda but his own. Then as the pilot episode ble Dodge Charger is driven by the lead star on Defiance, Chief “Lawkeeper” Jeb Nolan. His job is that of a sheriff’s to maintain a certain level of security and safe haven for the residents goes on we  soon learn that Jeb Nolan is indeed a hero, protagonist character.

Beyond this popular television series and video game, other film productions are in the works with the potential of providing a futuristic version of an American muscle car. Mad Max has been rumored to be filmed as a remake in the coming year or two. It isn’t known if they will go with a modern muscle car, or just use an older version, or even something foreign. But it should be interesting to see what will come out of it.

Read PreviousNew Kids on the Road: Car Manufacturers You Might Not Have Heard Of
Read NextBucky’s Dymaxion

We spend more time than ever before in ... END_OF_DOCUMENT_TOKEN_TO_BE_REPLACED

When it comes to speed, style and status, ... END_OF_DOCUMENT_TOKEN_TO_BE_REPLACED

The recent launch of BMW i8 has challenged ... END_OF_DOCUMENT_TOKEN_TO_BE_REPLACED

They may be parked in grounds of museums, ... END_OF_DOCUMENT_TOKEN_TO_BE_REPLACED