Apple’s iPad transcends being a mere “tablet” because of the enormous selection of immersive and addictive games line up for it. Be it action games, puzzle games, RPGs or shooters, they are all available on iPad. In this blog, I will list down some of the best free iPad games that you can enjoy:

We’ve all played air hockey in the arcade or in a friend’s basement on a lazy summer afternoon. This all time favorite game gets digitized for the iPad and the best thing is that it’s free of cost. The controls are very simple and user friendly, and personally I think that this ease of handling is the main charm of the game! You’d be hooked to it in no time and would be playing it for hours. 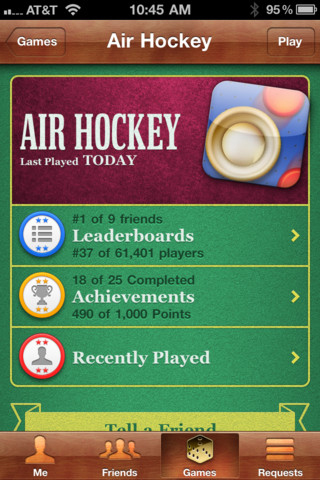 The multiplayer options are:

A must have free app and one of the best free games for iPad. Highly recommended!

Ever since Bejeweled Blitz came out for other platforms, iPad owners had been waiting for a successful port. Well, the wait is over, as Bejeweled Blitz makes it way to the iPad albeit a few limitations. You can tilt your iPad but the game still operates in portrait mood, this is the most notable glitch that came to my attention. Even then, the game is highly addictive and enjoyable. The game makes full use of iPad pixels rendering the jewels in very aesthetically pleasing and eye catching manner. There’s an option of posting your progress on Facebook leader board, so you can share it with your friends. 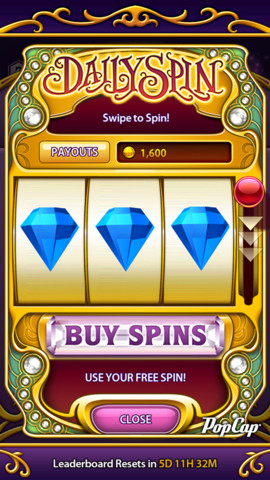 This game is my personal favorite! One of the top, free of cost, action games that an iPad owner absolutely must have! The popularity of this game can be gauged by the fact that it has overtaken and overshadowed Angry Birds as the most downloaded app on the App Store. The game is adrenaline filled take on Indiana Jones with hilarious twists and turn, thrown in for good measures. The premise is quite simple; you as an adventurer have to explore a temple laden with riches for the taking. The only obstacles in your way are evil monkey like creatures, which start chasing you. Thus, the chase begins, survive as long as possible, collect coins, unlock powers and remain immersed for hours! 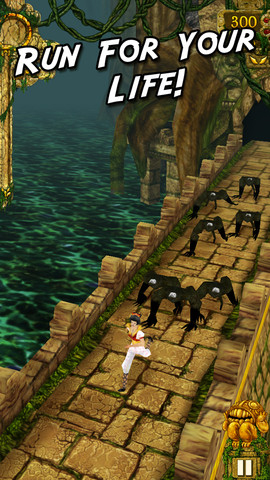 How good are your reflexes? Can you swipe and slash through various fruits being tossed in the air and simultaneously avoid slashing through bombs? Sounds easy? Well, it’s not! When you are tempted to slice through three or four fruits at a time to earn bonus points, it becomes tough to keep an eye out for the bombs being tossed in the air, at the very same moment. Fruit Ninja is another phenomenal, top of the line action games which has garnered immense reputation at App Store. The free version only gives a player three chances to let a fruit fall to the ground unscathed, if you want more, you’d have to get the paid version. This is one of the games meant to be enjoyed on the wide and crystal clear screen of the iPad. Even though the graphics haven’t been especially revamped for the iPad, but the game still packs a wallop! 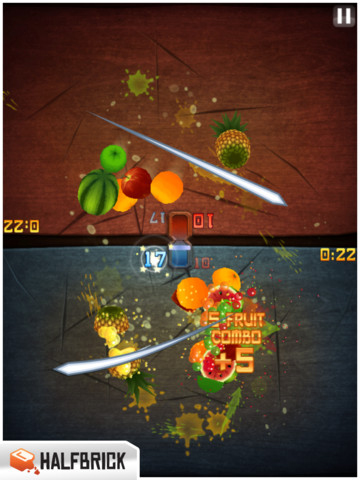 You are an elite commando, left behind enemy lines all alone. Instead of simply giving up, you decide to blast your way through enemies! This is the premise of the simple yet very challenging and addictive game called Front Line Commando. This third person shooter has impressive real world mechanics, as the cover you hide behind may deteriorate during a fire fight. The AI lobes grenades at you to flush you out in the open! 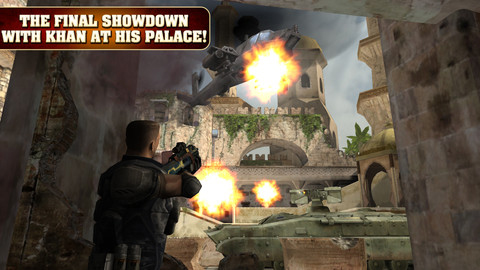 The game puts an impressive arsenal at the player’s disposal, which includes: sniper rifles, shot guns, assault rifles and grenade launchers. These weapons are further upgradeable in terms of reload speed, damage and clip size. In order to survive, you’d also have to invest in body armor and purchase medkit for tight spots when your health is dangerously low.

Front Line Commando makes perfect use of the retina display. The saves can be made on the cloud and resumed anytime you like. The graphics are crisp and vivid, making it a thoroughly enjoyable experience.

So there you have it! These are the best free games that you should definitely acquire from the App Store for your iPad. There are paid versions also available of the same, but my recommendation is to first play the freebies and then decide if they are good enough to warrant a purchase. Happy playing!!

Read PreviousTablets Versus Laptops: Is One An Alternative To The Other?
Read NextSony Preparing for New Flagship Smartphones