Horrible advertising can go one of two ways: Either it can be so bad it’s funny, or it can just miss the mark altogether.

However, no matter how audiences react to poor advertising, it isn’t good for the brand’s image; many organizations simply don’t recover from their advertising mistakes and ride their decision all the way into bankruptcy. 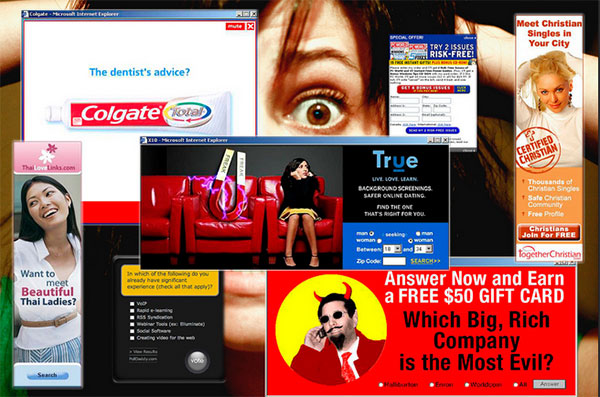 Here are some of the most memorable advertising failures in recent memory.

At the beginning of the 21st century, Quiznos launched a series of television advertisements starring a cast of terribly animated rodent-like animals crooning about their love of Quiznos’ sub sandwiches. These creepy creatures came about when marketers were experimenting with strange or awkward tactics; consider Skittles or Old Spice ads. However, audiences did not take to the singing “Sponge Monkeys” as Quiznos called them, and despite the drastically rising profits of fast food restaurants like McDonalds and Subway, Quiznos stock plummeted. Thousands of franchisees sued the corporation, which only barely avoided bankruptcy — all due to those awful ads.

A Partnership for a Drug-Free America

An effective advertisement is one that convinces audiences to do what the advertiser wants; usually that aim is to buy a product. However, non-profits have a different purpose than usual advertisers, and A Partnership for a Drug-Free America’s goal has always been to keep kids away from drugs. In this simple goal, the organization failed spectacularly. In their 20 years of advertising, the company has actually made drugs seem more enticing to kids by portraying drug experiences in an interesting or adventurous light. This fact makes the controversy about legal marketing to children seem inane, since it is so obvious that tobacco companies aren’t selling their products to children while anti-tobacco agencies accidentally are.

It’s estimated that as much as 70 percent of Americans watch the Super Bowl just for the advertisements, so clearly this is marketers’ time to shine. While many Super Bowl ads certainly hit their mark, others, like Groupon’s in 2011, simply enrage audiences all over the world. Groupon is a company that allows companies to sell discounted goods and services — most notably travel packages. However, in trying to accomplish its goal of selling a trip to Tibet, Groupon incensed countless Tibet advocates all over the world. The problem is that Groupon exploited the well-known economic and social plight of Tibetans in order to advertise discounted travel. Groupon’s rapid growth before the commercials halted almost as soon as the ads aired, and so many complaints flooded the company that they had to change their campaign before the third ad aired during the game.

It seems that Quiznos desperately needed to retool their advertising strategy, because not long after the tone-deaf rodents plummeted their sales, they released a series of ads sexualizing their subs. After scrapping the sponge monkeys, Quiznos was scrabbling for a spokesperson or icon for their brand, and they landed on a hallucinating Quiznos worker and a talking toaster oven. Using thinly veiled sexual innuendo, this pair did absolutely nothing to recover the public perception of the company or its sandwiches.

Much like Groupon’s Tibet scandal, Burger King made an advertisement mistake due to callousness; unfortunately, after just the first few airings, the millions of dollars the fast food chain spent on the ads became wasted. Traveling to far-off and isolated regions like Thailand, Greenland, and Eastern Europe, Burger King filmed individuals trying their signature Whopper burger — as well as McDonald’s top-selling Big Mac — for the first time. However, Burger King failed to consider that many of the nations they filmed were suffering from a hunger crisis, and most of the individuals reviewing their burger would never be able to afford such a luxury in their life. Critics wrote scathing articles about Burger King’s insensitivity, and the company redirected their marketing campaign.