Smartphones have captured the market attention but there are millions of budget conscious consumers that love to spend their money wisely. PayLo by Virgin Mobile and Samsung Telecommunications America have decided to come together to offer something for those who want reliable and affordable plans for their mobile communication. 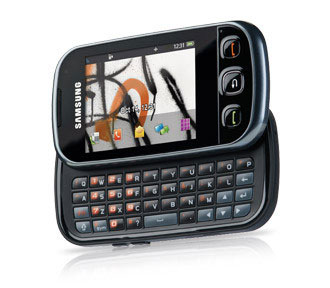 The company said that there are many users that would love to talk and text at reasonable price and they also think about getting the best handsets that they can rely on in all weather conditions. Both the companies said that in one of their surveys they found that more than 45% of the customers in the United States which is around 149 million people prefer to have basic wireless communication options like talk and text in their cell phones. This ratio is up by 28% compared to the findings in the year 2010.

Samsung has decided to bring in two new mobile phones along with PayLo by Virgin Mobile that will help the consumers to get what they really want. Samsung’s Entro is available at independent retailers at $14.99 and displays 1.77 inch display screen, provides web access, text messaging, external color display and speakerphone. This is a flip phone that will appeal to many US customers. Samsung has also introduced Montage which is a slide out QWERTY keyboard mobile phone with additional multimedia features. The mobile phone also has 2 mega pixel camera, Bluetooth, email, web access, MP3 and video player, caller ID and can support 32GB microSDTM cards for more content.