Fresh pictures of the new iPhone 6 were released yesterday by Sonny Dickson that show the backplate of the much awaited iPhone. Dickson says, these pictures were obtained from a source that has access to the backplate.

Dickson is a famous Apple leaker who provides accurate information from time to time. He disclosed explicit photos of the iPhone 5S and the new iPad last year. Although he has also been criticized to leak false photos, with expertly edited fingerprint marks on the screen, these pictures seem to be a real deal.

The first photo shows a close-up view of the raised camera, True Tone flash and the rear microphone in a row to the top left of the Apple logo. The possibility of this leaked photo being completely bogus is high but the immense details (scratches, scuffs, dents and texture) make them seem real. 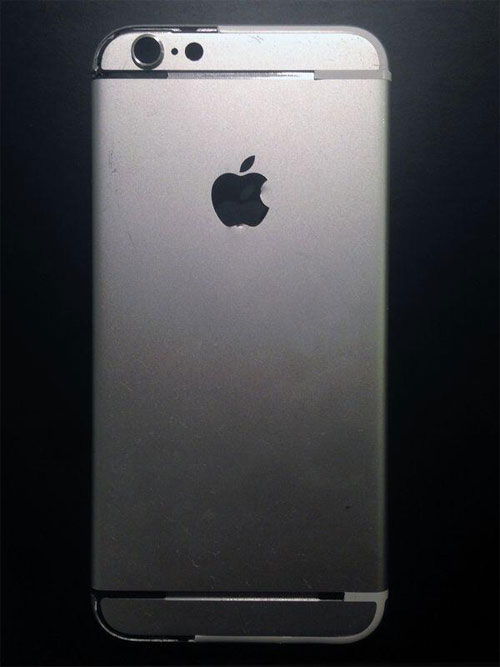 The second photo shows a full view of the rear backplate with the same details as the first photo. We can also expect it to have a metal chassis with deep lines that bring out its contemporary design.

For months, rumors have been spreading worldwide about the new iPhone. The alleged iPhone 6 will be launched in both a 4.7 inch model and a 5.5 inch model with iOS 8 and improved specifications. The smaller model is rumored to be launched this fall in early September followed by the 5.5 inch model towards the end of 2014.

The most recent spec rumors include its 2,100 mAh battery which will be roughly 45% more powerful than that of the iPhone 5. An upgraded chipset is also expected which will be more robust than the iPhone 5’s A7 chip.

The leaked photos match the designs of previously released raising the probability that this will be the backplate of iPhone 6 to debut on September 9, 2014.