The Bloodhound Supersonic Car was designed as part of the World Land Speed Record program by The Bloodhound Project. To be driven by Mr. Andy Green, the man who drove the Thrust SSC in 1997 at a speed of 763.035mph to set the current record, this car will attempt to break this record twelve months from now. Once this attempt is successful, the same project will target a 1000mph land speed in 2016. 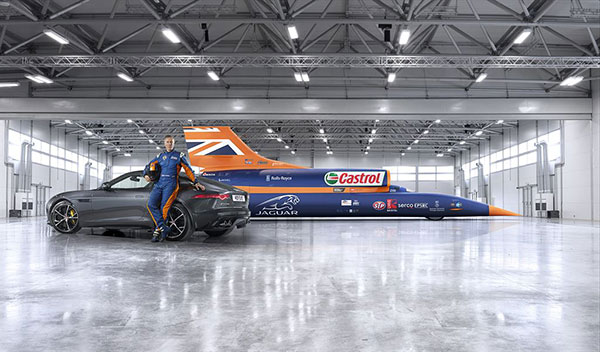 The program required the testing of vital communication systems designed for Bloodhound SSC. The car chosen was Jaguar’s AWD F Type R Coupe. This car is all set to be showcased in the LA Auto Show on Nov 19. It shoots to 60mph from zero in merely 3.9 seconds to achieve a top-speed of 186mph. Pleased with their latest offering, the Vehicle Line Director for Jaguar, Ian Hoban explained that the target was to maintain the rear-drive character of Jaguar cars with this new Coupe, and yet offer greater dynamic capability to enhance control and performance in all weather and road conditions. 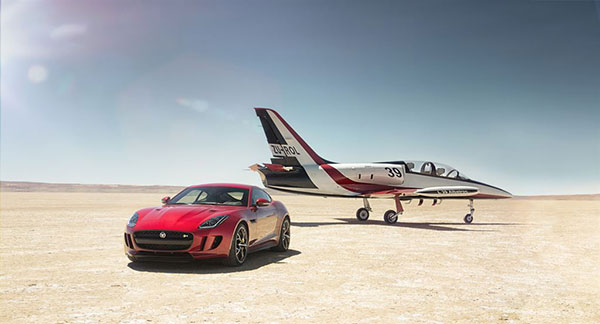 The test was successfully completed in the Hakskeen Pan desert in the Northern Cape of South Africa. Bloodhound Project Director and former World Land Speed Record holder, Richard Noble who drove the AWD F-TYPE R Coupe for the test, was delighted with the results, saying that he was pleased with the partnership between Jaguar and The Bloodhound Project, and hoped for a synergistic effect in both companies to bring out their best innovation and advanced technology to deliver truly ground-breaking results.

The Jaguar Land Rover press conference will take place at 22:40 GMT and will see Mr. Andy Green discussing the extent of the technical collaboration between Jaguar and the Bloodhound Project.

We spend more time than ever before in ... END_OF_DOCUMENT_TOKEN_TO_BE_REPLACED

When it comes to speed, style and status, ... END_OF_DOCUMENT_TOKEN_TO_BE_REPLACED

The recent launch of BMW i8 has challenged ... END_OF_DOCUMENT_TOKEN_TO_BE_REPLACED

They may be parked in grounds of museums, ... END_OF_DOCUMENT_TOKEN_TO_BE_REPLACED