The Evolution of the Convertible

Convertibles offer the best of both worlds. They are both a hardtop and an open car in one. It is really wonderful to be able to put the top down on the car on a warm summer day and feel the breeze rushing past. Want to know more about convertibles, then read on. 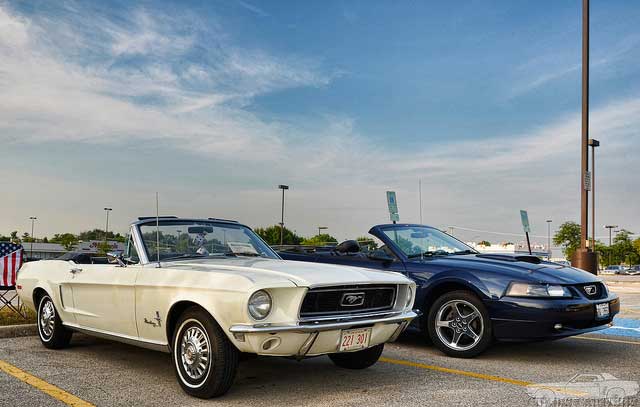 1896: They were all convertibles

The first cars manufactured, didn’t have side glass, doors, windshields or even roofs. They were based on the designs of the carriages of the day and most were simply buggy-like designs.

Henry Leland introduced the first fully enclosed car with his 1905 Osceola Couple Concept vehicle. This invention came at a great time, because drivers were now spending more time on the roads than in previous years and needed protection from the elements.

Four Seasons Ford explained to us convertibles further evolved from the “phaeton,” an open vehicle that lacked glass side windows. These phaetons were essentially open automobiles or carriages that were lightweight yet did go fast on the road. Many Model T Fords were sold as phaetons because they were cheaper than enclosed versions of the same car.

1939 is when Plymouth introduced their power-operated convertible. Instead of having to raise and lower the top manually, such as was mandatory on earlier convertible cars, the 1939 Plymouth convertible just required the press of a switch. This vehicle was also affordable and easy for people to purchase who were on budgets.

Convertibles fell out of favor for a few decades but in 1982, Chrysler brought them back with the convertible LeBaron.

It has taken over one hundred years for convertibles to evolve to where they are at today. There is no doubt that convertibles will continue to remain popular in the coming years because they are just so much fun to own. There may even be new innovations to appear. One thing that has happened is the recent invention of giant sliding-glass-panel roofs that run from the back of the windshield header to the backlight’s top and from side rail to side rail. We suspect that retractable hardtops will become very popular in the future.

Essentially, convertibles are only going to advance; they will not disappear anytime soon. There will always be plenty of convertibles out there for you to choose from for a vehicle.

Read PreviousBias Ply Or Radial Tires – what is best for your old car?
Read NextThe History of Car Radio

We spend more time than ever before in ... END_OF_DOCUMENT_TOKEN_TO_BE_REPLACED

When it comes to speed, style and status, ... END_OF_DOCUMENT_TOKEN_TO_BE_REPLACED

The recent launch of BMW i8 has challenged ... END_OF_DOCUMENT_TOKEN_TO_BE_REPLACED

They may be parked in grounds of museums, ... END_OF_DOCUMENT_TOKEN_TO_BE_REPLACED