iPhone has emerged as a strong contender in the gaming market giving stiff competition to established consoles like PS3, Xbox and Nintendo. This meteoric rise can be attributed to some phenomenal titles that made exceptional use of iPhone’s smooth silk touch and awesome display. Majority of these titles are free to download via Apple’s app store; this is another reason for iPhone’s immense fame. Today, I am going to count down the best free iPhone games available in the market. 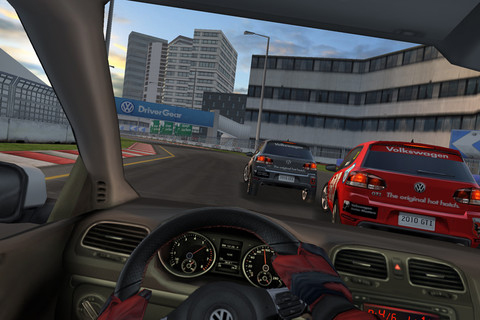 Really polished graphics, very entertaining gaming modes that would keep a gamer immersed for hours are the salient traits of Real Racing GTi. It is probably the most well-known and beloved racing game series for iPhone. The predecessor of this game, simply titled “Real Racing”, was a bit hectic and required time and patience to get the hang of, but Real Racing GTi has dispensed with all those features. What’s left is a game that’s simply fun to play and easy to get the hang of.

Hats off to Activision for porting this awesome 90’s title for iPhone! The controls of the game are a bit awkward as the players have to make do with an onscreen representation of PlayStation controller but that doesn’t make it any less fun. There’s a plethora of in air and on ground acrobatics and various challenges to keep gamers on the edge of their seats, but this I found myself biting the dirt most of the time due to slight issues with the controls. Nevertheless, it’s a fun app and a great way to kill time. Any red blooded gamer would appreciate this game as it allows wielding of mythical weapons, slaying of behemoths and monsters and is a pure adrenaline rush. It is no God of War but a decent substitute for it on iPhone! 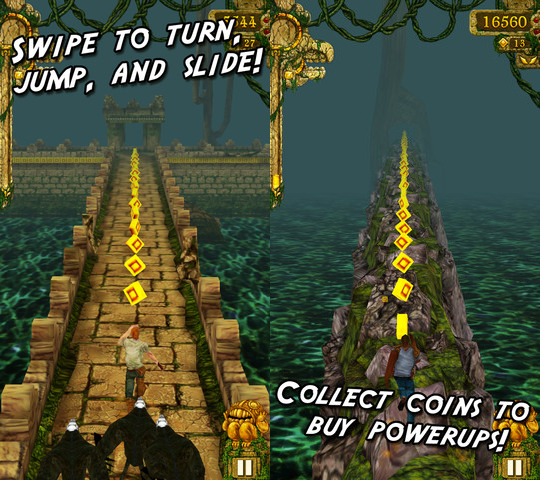 Your mission is to steal shiny gold tablets from an ancient temple guarded by demon monkeys! But beware, if you are caught, the monkeys will show no mercy. That is the premise for temple run, an outlandish yet extremely fun iPhone take on the whole Indiana Jones genre. The game made ingenious use of iPhone’s touch and tilt features as the player tries to evade the evil monkeys and guide the onscreen avatar through narrow bridges and haunted temples.  Very addictive and fun filled app!

There’s something about the ancient order of Knights Templar that spells mystery and makes a very engaging premise. Broken Sword Director’s cut makes ample use of the Knights Templar lore and puts the player in the shoes of two investigators trying to unmask a murderer who seems to be connected to the Templars. The game is really engaging, as it follows a meticulously written storyline combined with visually stunning cut scenes. The voice acting makes the in game characters believable and in time players tend to grow fond of them. Overall, really amazing and well put together title that iPhone owners must experience for themselves. 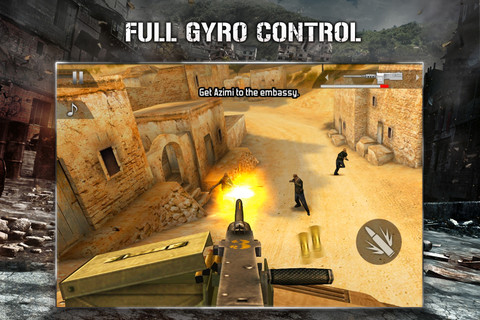 This title is to iPhone what Call of Duty and Halo are to consoles! This is the first FPS offering on the iPhone platform that had multiplayer capabilities. A match between two teams consisting of five players, each is now a norm for iPhone fans of this game. For those who don’t want to go online, MC2 offers a single player campaign which is just as fun as its multiplayer mode and would have players swiping and tilting their iPhones for hours. 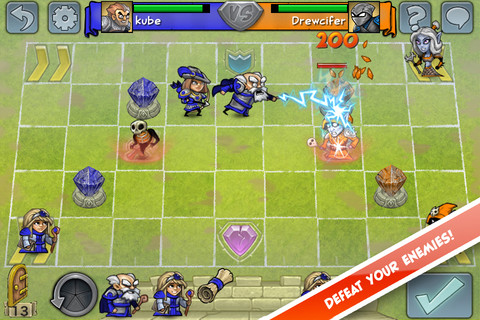 What do you get when you have a chessboard with fantasy characters each with their own power as play pieces? Answer is you get this awesomely fun, addictive and visually pleasing game called Hero Academy. The rules of traditional chessboard are made flexible to accommodate hilarious yet exciting encounters between players. The only complain I had with this title, was that you only get to play as the human team on free version. In order to unlock the fantasy heroes, you’d have to purchase the paid version but that doesn’t make the free version any less fun. 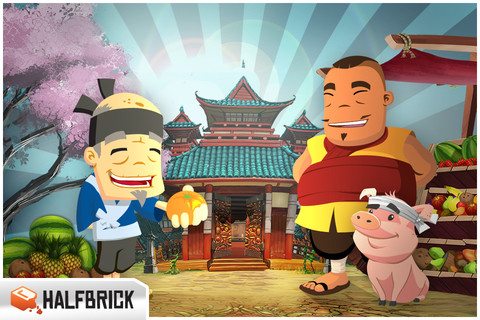 You are a ninja equipped with your trusty sword and your objective is to slash various fruits that appear on the screen. Let a single piece of food go unscathed and it will cost you a life! This is the main objective of the phenomenal game known as fruit ninja. The popularity and fan base of fruit ninja is on par with other immensely popular titles like Angry Birds. It catapulted its makers to new heights of fame and is the norm with the gaming world spawned a lot of cheap imitations. Fruit Ninja is the type of game which is easy, fun and immediately likable by everyone.