Android vs Apple – Who has the Best Tablet and Smartphones?

In terms of sales and market share, Apple has traditionally dominated the smartphone and tablet world. Recently however, Google has been keeping the industry giant on its toes, with devices running off the Android operating system continuing to increase in popularity.

The iPhone may be number 1 in many people’s eyes, but various competitors such as the Samsung Galaxy S3 are hot on its heels. If you’re wondering, ‘Should I sell my iPhone and trade it in for an Android phone?’ then now’s the time to look at your options. You may find that an Android phone suits your needs better and won’t make such a dent in your wallet. 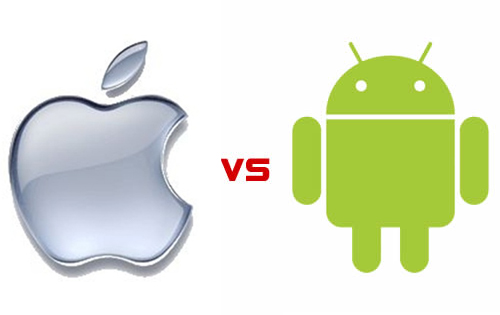 The iPhone 5 may now have a 4-inch screen, but it’s still significantly smaller than those offered by Android phones, which impacts on game playing, movie watching and app usage. Speedwise, Apple and Android are more or less on a par. Both Apple and Android have introduced voice capability features – but iPhone’s Siri can compute and execute more complex requests than its Android counterparts.

When it comes to software, it’s no secret that Apple has been experiencing some problems with its new Apple maps feature. Android phones use the virtually flawless Google Maps, offering detailed maps, traffic information and greater customisation capabilities.  The 8 megapixel iPhone camera outperforms its Android competitors in terms of quality of photograph and film.  While the iPhone 5 is an excellent choice, it may be neck-and-neck with the top Android phones when it comes to key features.

When the iPad appeared, the world and his wife wanted a tablet. Running on the same operating system as the iPhone, the iPad was seen as electronic simplicity personified. It didn’t take long for Google to scale up its operating system to service tablets.

There are many similarities between the iPad and leading Android tablets such as the Asus Transformer Pad Infinity TF700 and Google’s Nexus 7. All have touch-screen interfaces – allowing users to activate icons with their fingers – and each comes with access to an online marketplace where apps can be purchased and downloaded.

The iPad packs an impressive range of features into its svelte and elegant body.  It comes with a 5-megapixel camera, speedy graphics, 4G wireless capabilities, top quality retina screen display and access to the best range of apps available.  And with the weight of the Apple empire behind it, the iPad is hard to beat.

The best premium Android tablet is possibly the Asus Transformer Pad Infinity TF700 – it rivals the iPad when it comes to sharpness and clarity, offering a fast processor, high resolution screen, advanced camera and flexible Android features.  The Google Nexus 7 is priced at half that of the iPad but is a comfortably designed, user-friendly, fast performing tablet and arguably the best 7-inch model on the market.

Apple probably pips Android to the post on tablets, but if you’ve got an older model, you could sell iPad, replacing it with a more affordable Android tablet and still be sure of a great experience.