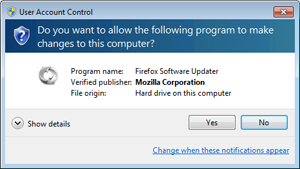 Firefox has been coming up with more improvements lately that can allow consumers to enjoy better surfing experience. Now, Firefox has announced that recently they have updated the browser and have made more than 85 improvements to built-in developer tools. The company said that they have always wanted to provide better browsing experience to the users and therefore they also want to focus on how they can provide better control to the developers. With the removal of user account control dialog pop up system they will be able to improve the overall experience. The company said that once the user provides permission to Firefox on their first installation they will not receive any more prompts for subsequent release in Windows.