Recently, Samsung Company announced the unveiling of their new design dubbed ‘The Samsung Galaxy Ace Style’ which has been produced to give a different touch to smartphone lovers.

Although the Galaxy Ace Style phone appears to be similar to the Company’s model of Galaxy S2, some great specs within its structure puts it in its own class. With a 4-inch 480×800 screen resolution, the Galaxy Ace Style is powered by Android’s 4.4 KitKat. The models processor is a bold 1.2GHz dual-core chip. Its memory specs blend the features of a microSD card slot, 512MB RAM and a 4GB Flash storage.

The Galaxy Ace Style has a 1.5Ah battery and a 5MP camera which has both VGA and autofocus abilities to put a smile on for photo fanatics faces. Additionally, these combined camera functions will offer both picture taking in full HD and video recording in a simultaneous fashion.

The Smartphone’s connectivity niche will host the likes of BT, NFC and Wi-Fi functions. The phone also consists of a complete intuitive touch-user interface and will be installed with TouchWiz Essence too. According to Samsung’s global news for ‘Tomorrow Works’, the Galaxy Ace Style will come in dark gray and cream white array of colors beginning this April. 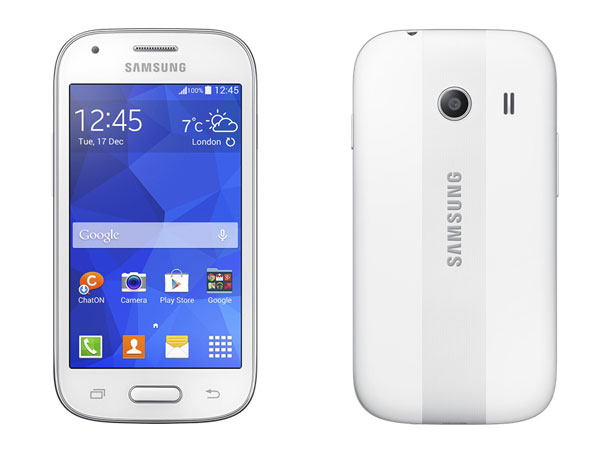 Although the pricing was not revealed, reliable sources point out that the handset will cost between $275 and $315 although it retails at approximately $199. With such little features stated above, the model appears more than expensive and may not serve many purposes like other smartphones.

The Galaxy Ace Style which has also been speculated to hit the Indian market too is an improvement of the previous smartphones.

Read PreviousWhy OnlinClassifieds Sites are better than Traditional Buying and Selling Methods?
Read NextNokia Advises Not to Use the Charger of Nokia Lumia 2520 Tablet

David N. Gikera is a prolific full-time freelance writer, blogger, editor and web content writer who enjoys writing about just anything. He believes in the fact that the pen is mightier than the sword and thus puts all his efforts in transforming the world with fancy tales combined from words. That aside, he is a very social person and a fun-loving guy who takes traveling and sports as his hobbies. Follow David Ndung'u at Google+