Racing games are very much in demand globally and now Aston Martin has unveiled their new Design Prototype 100 vehicle better known as DP-100 Vision Gran Turismo. Aston Martin has been focusing on introducing some of the high performance vehicles in the market. However, they are currently cashing on the hugely popular PlayStation 3 exclusive racing game Gran Turismo 6 or GT6. The British automaker revealed that the new virtual only racer GT will be available for Gran Turismo 6 game only and owners can download the vehicle in July 2014 after a global launch at Goodwood Festival of Speed. 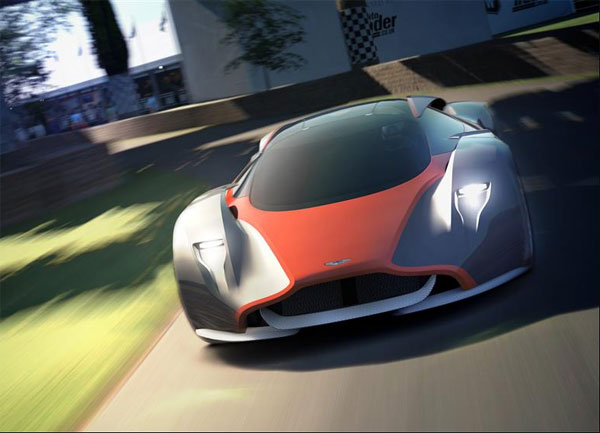 The virtual vehicle is designed and developed in-house by the design team at Aston Martin led by Design Director Marek Reichman. The automaker said that they virtually started with nothing and it took them around six months to come up with the design that looks beautiful and at the same time also focuses on high degree of engineering integrity. This virtual only GT racer is powered by twin turbo V12 mid-centered engine that can pump around 800 bhp and offer high performance that the game demands. Using various hand sketches and 3D modeling Aston Martin has made sure that the car looks sleek and very real in the virtual world.

We spend more time than ever before in ... END_OF_DOCUMENT_TOKEN_TO_BE_REPLACED

When it comes to speed, style and status, ... END_OF_DOCUMENT_TOKEN_TO_BE_REPLACED

The recent launch of BMW i8 has challenged ... END_OF_DOCUMENT_TOKEN_TO_BE_REPLACED

They may be parked in grounds of museums, ... END_OF_DOCUMENT_TOKEN_TO_BE_REPLACED