Summertime presents the opportunity to drop the top, let the wind whip your hair around, and lean heavy on the gas pedal. As neighbors head down on the road in their timid Harley Davidsons, their insipid mopeds, and scoot around in their convertibles you might be inspired to follow suit.

These vehicles are not for you. You find motorcycles uncomfortable and convertibles scream teenage angst or, worse, midlife crisis. You won’t be caught dead on a moped unless you are riding toward a fruity island libation on St. Thomas. Still, you want something fun to drive around with the top down. Something with power. Something agile. Something exciting.

Weekend warriors looking for a euphoric driving experience should look no further than these two company’s offerings to play F1 driver with on neighborhood streets and local backroad highways.

The Ariel Atom is the motherload of high performance, lightweight sports cars. Produced by the Ariel Motor Co. out of Somerset, England current road leagal models include the Ariel Atom 3,5 amd the limited edition Pro 500 v81. 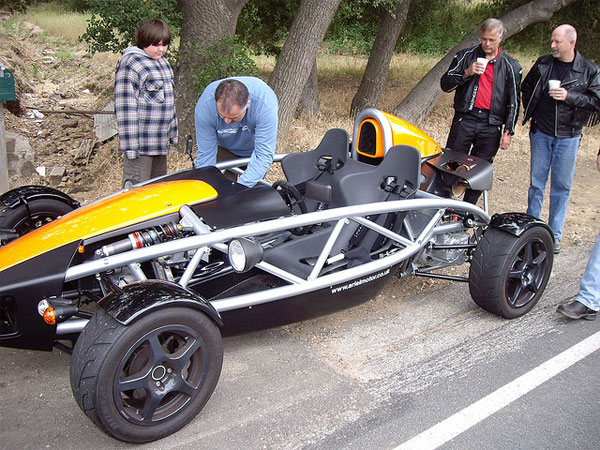 The Atom’s distinctive exoskeletal design allows the car to show off its chassis. The bare bones look gives the Atom the appearance of a go-kart on steroids; however the intense performance far outshines it’s utilitarian appearance. The Atom regularly smokes the competition in both acceleration and stopping power falling behind only the Bugatti Veyron and the Ultima GTR in road tests.

With all that power and a suspension set-up tuned by Lotus, the Atom makes a perfect road toy for those looking for an exhilarating driving experience, the kind that elicits excited war whoops and massive high fives.

Celebrating its 40th year of business, Caterham provides stylish vehicles that with classic body designs that harken back to the early days of road racing. It’s not unusual for drivers to fall in love with a Caterham at first sight. Fastidious motorists can even customize their paint jobs to match their favorite liveries.

The Caterham 7 is a direct descendent of the Series 3 Lotus. The Caterham 7 has traditionally been offered as a kit; however, Caterham will be offering the redesigned Caterham 7 as their entry level vehicle in 2013.
While no engine announcement has been made yet, Caterham tends to default to Ford engines. This makes the new powerful and minimalist EcoBoost engine a good candidate to power the Caterham. 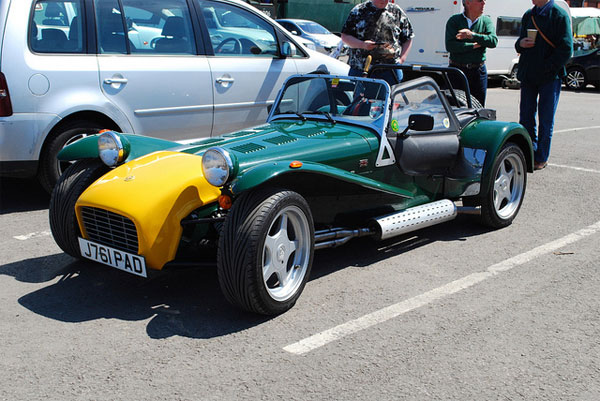 Whether you opt for the spartan thrust of the Ariel Atom or sleek retro fun and modern power of a Caterham, get wild, drive hard, and enjoy. There’s no need to play it safe with cars like these. Driving a Caterham or Atom is about maximum summer fun.

Remember that even though your car is just a toy, it still takes solid maintenance to live a strong life. Be sure to change your oil and perform routine maintenance checks. You can repair any nicks or scratches you incur on the road with a car touch up paint pen.

And when winter arrives and your toy goes back in its box, be certain to refresh and remove fluids that might cause damage. Consider tethering the battery to increase its life. Store the car beneath a tarp, and wish for warmer days.

Fortunately, winter is far away. As you zip around the town in your new toy this summer, enjoy the jealous stares from motorcyclists and Cabriolet drivers.

We spend more time than ever before in ... END_OF_DOCUMENT_TOKEN_TO_BE_REPLACED

When it comes to speed, style and status, ... END_OF_DOCUMENT_TOKEN_TO_BE_REPLACED

The recent launch of BMW i8 has challenged ... END_OF_DOCUMENT_TOKEN_TO_BE_REPLACED

They may be parked in grounds of museums, ... END_OF_DOCUMENT_TOKEN_TO_BE_REPLACED