After smartphones, tech giants are now leaning towards wearable computing devices. Among Samsung and Google, Microsoft is also ready to invest in designing and development of wearable gadget. According to inside resources, Microsoft Corporation has paid an amount between $100 million and $150 million to acquire the wearable computing IP assets from ODG, an independent company.

Osterhout Design Group (ODG) is approached by Microsoft for its proven expertise in wearable technology. The company has already been developing such devices for military and government organizations and will now be handing over its patents to Microsoft.

Although the deal has not yet been officially announced, personnel from ODG have affirmed the agreement. Moreover, the monetized worth of the contract stated above is based on reports from inside resources. 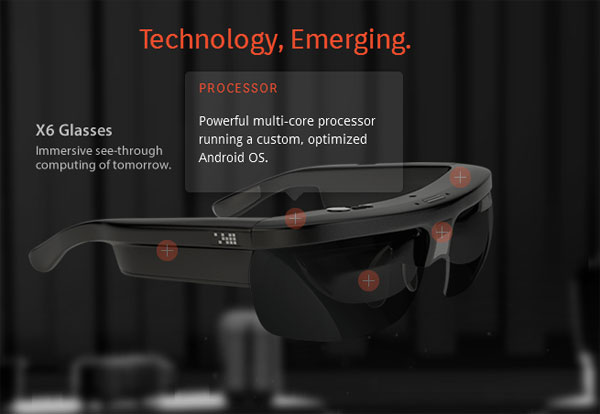 The latest innovative development of ODG is X6, which is an immersive see-through goggle for computing. This device is powered by a multi-core processor, HD see-through display, Wi-Fi and GPS Connectivity, HD Camera and high-precision sensors.

An era has begun, where market leaders like Google, Samsung and Sony have openly shown their concerns for the significance of wearable computing devices. You must remember Google Glass, a head-mounted goggle with modern computing abilities. A year back, Samsung also revealed its wearable technology, Samsung Galaxy Gear. Unfortunately, this android-based wrist watch could not attain what was desired. Similarly, Sony Electronics revealed Project Morpheus, a head-mounted wearable device for gaming purpose that will go for mass production in a couple of years.

It should be noted that Sony and Microsoft are primary rivals, when it comes to video game consoles. Microsoft Corporation will buckle down to outdo its opponent in this breakthrough technology. ODG, on the other hand, is also intended to make new alliances and serve the general consumers.

Read PreviousGoogle Search App’s new feature will Alert you About the Traffic Jam
Read NextUnity offers $5,000 License and a Trip to Seattle