Before you take your car in for a smog check, is there anything you can do to give it a better chance of passing? The obvious answer is to make sure your car is running well in the first place. A well-maintained car, with all its systems operating correctly, will probably pass the smog test in your state. However there are simple steps you can take to tilt the odds of passing a smog check in your favor: 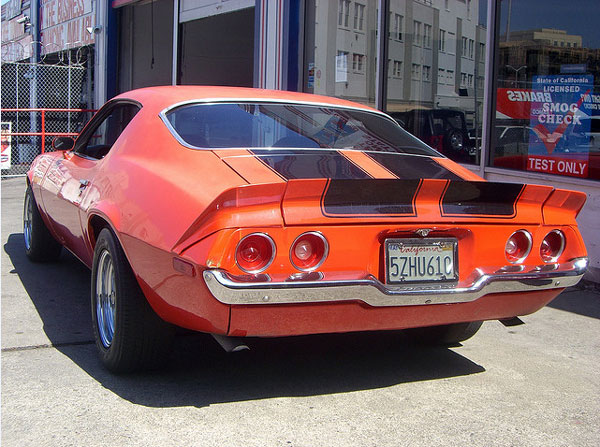 Get a pre-inspection. In some states, smog check stations will do a less expensive pre-inspection that shows if a car will pass or fail without officially recording the results with the state’s registry of motor vehicles. If it fails, have the work done then.

Is the “Check Engine” light on? If your car displays the Check Engine light, that’s an automatic failure for most state inspections. The most common reason for a Check Engine light being illuminated is a faulty oxygen sensor. An oxygen sensor in an older car is approximately $150 or so.  Of course, there are many other reasons that a check engine light can be illuminated but you should have your mechanic look at it before you bring in your car for a state inspection.

Change the oil (but only if it needs it). Dirty oil in the crankcase can release additional pollutants which could cause the car to fail the smog test.. While the mechanic is changing the oil, ask him to do a visual inspection of the car’s engine to see if any hoses are cracked, broken or disconnected too.

Make sure the tires are properly inflated. Many states require a dynamometer test which positions the car’s tires on rollers that allow the engine to run at highway speeds while it is stationary. If the tires are under-inflated, the car’s engine works a little harder to achieve the engine revolutions required by the test.  Most mechanics will do this for your prior to the test but some may not.

Use a fuel additive. Older cars could have clogged fuel injectors causing them to run lean. Injector additives can clean the small openings and help the car pass the smog test.

Make sure the engine is warmed up.  Before you drop off your car at the inspection station, make sure it is warmed up. A drive for 10-15 minutes should ensure that.  Then all mechanical systems are operating at the temperatures they are designed to operate at and emissions will be at a minimum.

Read Previous2016 Lotus Evora, the British Manufacturer’s Fastest Car Up To Date
Read NextReplacing the Original Carpet in Your Ride

We spend more time than ever before in ... END_OF_DOCUMENT_TOKEN_TO_BE_REPLACED

When it comes to speed, style and status, ... END_OF_DOCUMENT_TOKEN_TO_BE_REPLACED

The recent launch of BMW i8 has challenged ... END_OF_DOCUMENT_TOKEN_TO_BE_REPLACED

They may be parked in grounds of museums, ... END_OF_DOCUMENT_TOKEN_TO_BE_REPLACED