Lotus F1 Team has come up with a unique way to gain attention this week by setting a world record to mask its current bout of bad performance with eighth-place in Formula One’s 2014 season. The record was made as a 16-tonne heavy truck and trailer jumped a whopping 25 meters over a Lotus F1 racing car. 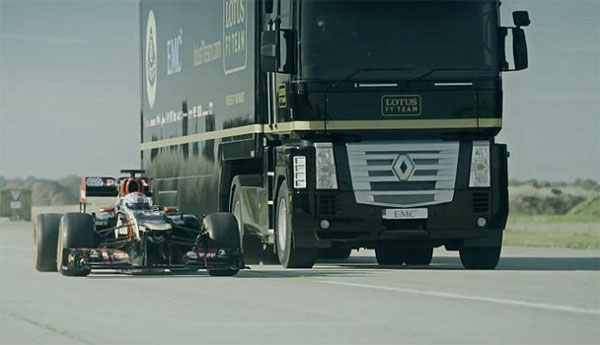 The large rig with trailer, a Renault transporter, was launched in the air using an old airfield, while an F1 car crossed it from underneath. The transporter landed 83 ft 7 inches away from the starting point, which Lotus and its F1 sponsor EMC claim is a world record. 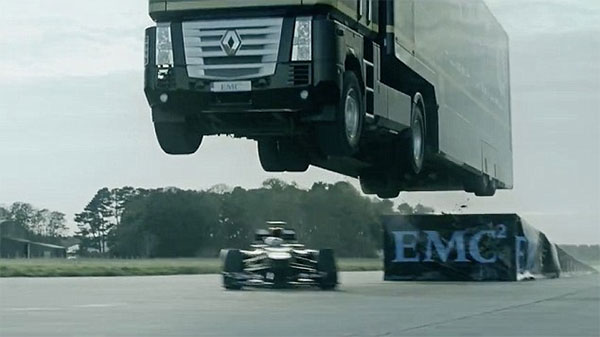 Even though the guys at Guinness World Records haven’t yet issued a statement confirming if this jump breaks the previous record, it is still an iconic achievement for such a heavy rig with trailer. 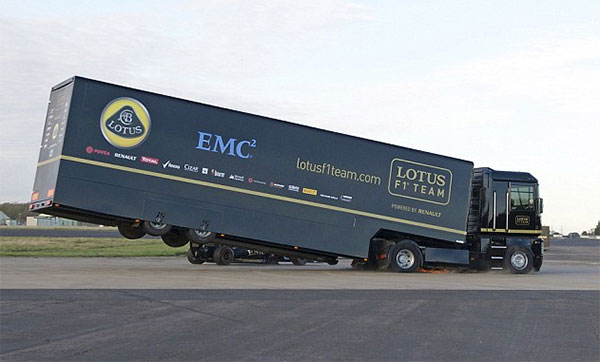 The truck was modified to include a roll cage and exclude any flammable items in its interior, and was driven by Mike Ryan, who’s previously worked as a stunt co-coordinator for the Fast and Furious franchise. The car’s control was in the hands of Russian stunt driver, Martin Iyanov, who has previously performed stunts in Mission: Impossible, James bond and Jason Bourne series among others. Both the drivers have years of stunt experience under their name, and were excited at the opportunity of attempting a world record. Mike Ryan termed the stunt his dream come true.

The stunt was performed at the Rendlesham runway in Suffolk, United Kingdom.

We spend more time than ever before in ... END_OF_DOCUMENT_TOKEN_TO_BE_REPLACED

When it comes to speed, style and status, ... END_OF_DOCUMENT_TOKEN_TO_BE_REPLACED

The recent launch of BMW i8 has challenged ... END_OF_DOCUMENT_TOKEN_TO_BE_REPLACED

They may be parked in grounds of museums, ... END_OF_DOCUMENT_TOKEN_TO_BE_REPLACED